Ecological Genealogy
Olympic National Park is an icon within the Pacific Northwest of the United States. Established in 1938, it is a gem of Washington State (“Park History”, 2019). Its 373,120 hectares warranted the United Nations distinction of an International Biosphere Reserve, and a World Heritage Site (“Olympic National Park, 2018). The landscape of the park was created by the massive movement of the Cordilleran Ice Cap from north to south approximately 17,000 years ago (Billo, 2018).

These changes and struggles culminated with the European settlers and indigenous communities signing various treaties in the 1850s. These treaties included the Quinault River Treaty of 1854, Point No Point Treaty in 1855, and the Neah Bay Treaty in 1855 (“Tribes”, 2013). These treaties removed the communities from their native lands, relocating them to other areas in Washington State (“The Quinault River Treaty”, 1855). This relocation changed the course of the region and allowed for a different view of land management. 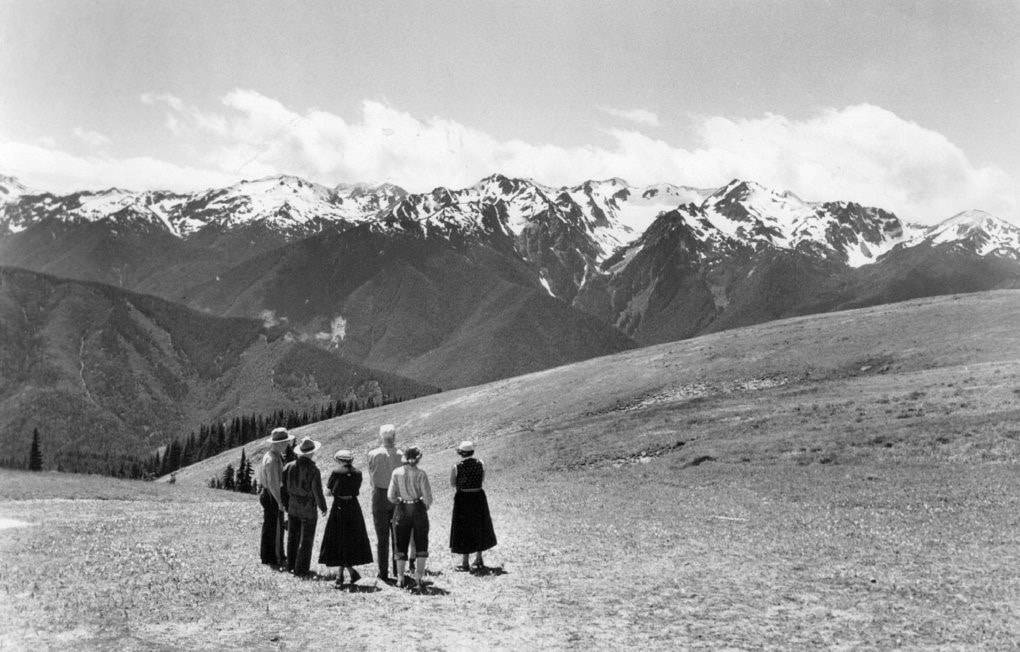 Hurricane Ridge in 1952, now a widely visited destination within Olympic National Park (Mortiboy, 1952).
Present Tense
Today, similar motives for removal led to mountain goat translocation beginning in 2018. Rob Smith of the National Parks Conservation Association described the project as “two restoration projects in one — restoring both the Olympics and the Cascades and providing the goats with a better long-term home” (Shipley, pg 1, 2018). Headed by the National Park Service, mountain goats began being systematically translocated from Olympic National Park to the Cascade Mountain range, a part of their native range (Bush, 2017). Mountain goats within the Cascade Mountain range can triple in population without causing damage to the region, a main incentive for translocation (Bush, 2017).

Although this highly intensive process is not ideal, the details of the translocation have been known and supported by many key stakeholders since 2014 when an extensive environmental impact assessment was conducted (“Agencies plan”, 2018). This process includes many legal requirements, including extensive consultation with indigenous stakeholders, the public, and scientific experts (“Agencies plan”, 2018). The Muckleshoot, Sauk-Suiattle, Lummi, Stillaguamish, Suquamish, Tulalip, Upper Skagit, and Swinomish communities were involved with the environmental impact assessment process and approved the National Park Service’s course of action (“Agencies plan”, 2018).
​ 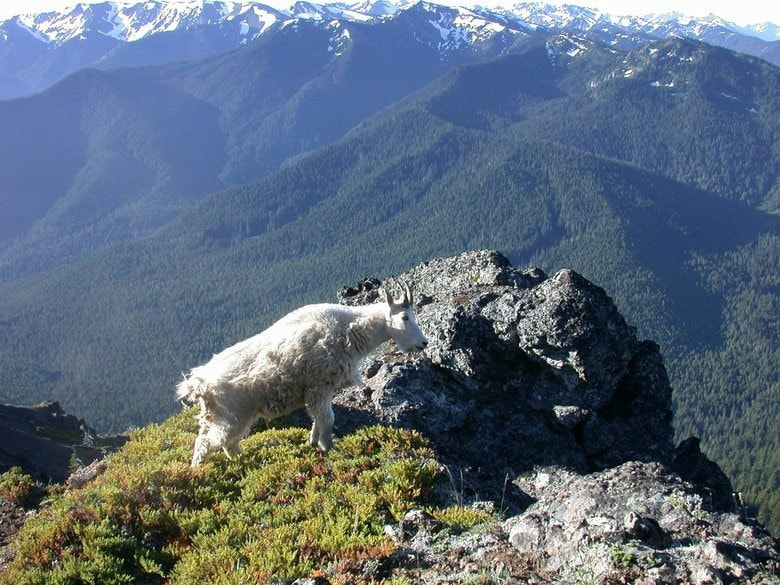 Scientists and park officials suggest that the mountain goat removal will result in safer visiting opportunities for humans (Shipley, 2008). While human contact with mountain goats was a concern listed by the National Park Service’s most recent environmental assessment, the role of public safety was not the primary reason for mountain goat removal (“Final Management Plan”, 2018).

Ecologically, the removal hopes to aid the recovery of alpine and subalpine areas within the park. According to the final environmental impact statement related to the project, a main objective of removal was to “Reduce or eliminate impacts on sensitive environments and unique natural resources from mountain goats in the park and in Olympic National Forest” (“National Park Service”, pg ii, 2018). Another primary objective of the removal was to “Further public understanding of the Olympic high elevation ecosystems and native species and the ecology and conservation of mountain goats in their native range” (“National Park Service”, pg ii, 2018). By doing this, the integrity of the designation of International Biosphere Reserve and World Heritage Site would be preserved (“National Park Service”, 2018). Also present within the projects environmental impact assessment was the opportunity for less closures benefiting visitors, less impact on archaeological sites, and less impact on soils within the region (“National Park Service”, 2018).

This uncertainty is the impact that climate change will have on the park, specifically on the alpine and subalpine species the removal projects intends to protect. Within these regions, the risk of drought and fire within summer months will likely lead to a change in distribution of many species (Halofsky et al, 2011). Soil moisture is projected to decline, a concern for the health of alpine and subalpine vegetation (Halofsky et al, 2011).

Houston, D. B., Stevens, V., & Moorhead, B. B. (2007). Mountain Goats in Olympic National Park: Biology and Management of an Introduced Species (Chapter 4). Retrieved March 3, 2019, from https://www.nps.gov/parkhistory/online_books/science/25/chap4.htm

Stevens, V. (1983). The Dynamics Of Dispersal In An Introduced Mountain Goat Population (Washington), ProQuest Dissertations and Theses.
The People of the Olympic Peninsula. (2018, February 15). Retrieved March 2, 2019, from https://www.nps.gov/olym/learn/the-people-of-the-olympic-peninsula.htm

N/A. Studying sediment in the uncovered landscape of a drained reservoir. (n.d) Retrieved from https://www.nps.gov/olym/learn/nature/elwha-river-restoration-research-publications.htm

Neil Mortiboy. (Photographer). (1952). Two park rangers and a group of visitors view part of the scenic panorama where a lodge will be built on Hurricane Ridge. The lodge opened in 1952. (Photo). Retrieved from https://www.seattletimes.com/life/outdoors/vintage-photos-showcase-beauty-of-olympic-national-park/
​
Ramon Dompor. (Photographer). (2018). Goats were sedated and blindfolded Thursday in Olympic National Park before being put into harnesses as part of the goat relocation project. (Photo). Retrieved from https://static.seattletimes.com/wp-content/uploads/2018/09/150540-780x520.jpg