Genealogy
House” and a “Sulfuric Acid Chamber”) (Goad, 1903). On the corner of Erie Street and St. Lawrence Street a new business (R. Ward & Co.) first appears on a map, with access to a small dock where Fisherman´s wharf is located today.

In 1913, the first house boats had appeared around the little bay east of Fisherman´s Wharf. Both “big businesses” Brackman & Ker and Victoria Chemical Co. continued to grow, even though the growth was not as significant as it was before. Victoria Chemical Co. expanded their wharf over the whole length of the property’s waterfront.

Regulations and policies by the City of Victoria concerning Fisherman’s Wharf can be found in the “Official Community Plan”, in the “Harbour Plan”, and in the “James Bay Neighbourhood Plan” (Greater Victoria Harbour Authority, 2013).

Figure 8: Repeat photograph of Fisherman’s Wharf in 1952 on the left (BC Archives, I-26933 (modified)) and today on the right (Hohendorf, Q.)
.The Wharf provides facilities for boaters and home owners and the sanitary sewers were upgraded relatively recently (Greater Victoria Harbour Authority, 2013). The underground fuel tanks under the parking lot at the west end of the wharf meet “…modern safety and environmental standards” (ibid).

The Wharf gets audited regularly by the Clean Marine BC, a program by the Georgia Strait Alliance (Marina Operations). According to their website, the GVHA’s marinas received a 4 out of 5 “anchor” rating (Marina Operations). The marinas are assessed based on their “fuel and energy use, drainage, water quality, condition of the grounds, water conservation and waste management” (Marina Operations). Island Health, the James Bay Neighbourhood Association and researchers at the University of Victoria Geography Department have been monitoring SO2 levels in the air, concerned about increasing numbers of cruise ships entering the nearby harbour. SO2 levels have decreased steadily over the last years, and air quality guidelines were only “infrequently exceeded” (Setton, 2016).

The wet conditions offer food and habitat for native birds, insects, and amphibians. I observed hummingbirds and songbirds in the shrubs of the park and seagulls everywhere in the area. There are also cats from the surrounding houses in the park, a potential threat to songbird populations (Beckerman et al., 2007).

A “sandy beach” playground area underlines the recreational intention of the new design. The dune grass originally sparsely planted along the rock wall has grown dramatically and is now covering almost all the sandy beach area (Figure 12).

The raingarden is a perfect example of a novel ecosystem, where several environmental factors like hydrology, species composition, and geology, have been altered to an extend that a return to a natural trajectory is impossible (Hobbs et al., 2009).

Figure 12: The sandy playground in 2010 (top) (P. de Greef, Powerpoint slideshow, October 27, 2016) and today (bottom) (Hohendorf, Q.)
The original shoreline is represented as a stone wall (Figure 13) embedded in the park’s design and acts as a reminder of the big changes the park has undergone in the last some 150 years. 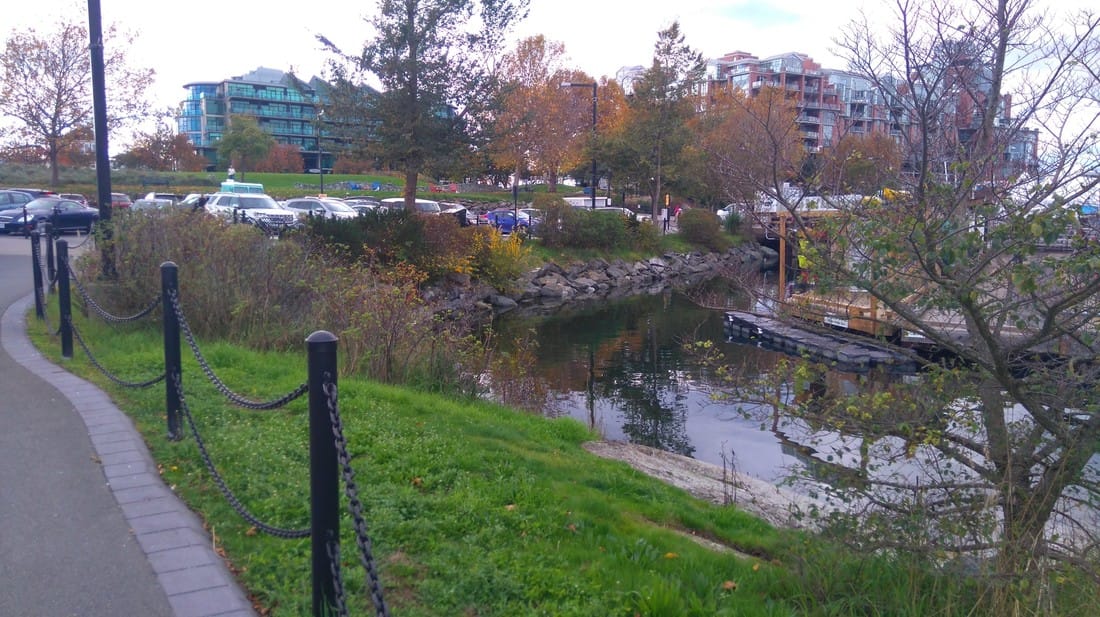 Figure 15: Current shore stabilization, low elevation of the access road and parking lot (Hohendorf, Q.)
In the last 100 years, we have seen a change from a merely industrially used area with chemical industry, but most of its natural shoreline, to an area that is now mainly used for recreation and tourism, with a heavily altered shoreline, a wharf, houseboats, fishing industry and a park that is completely anthropogenic. If we predict a similar change for the next 100 years, Fisherman´s Wharf will look significantly different in the future. It is likely that rising sea levels by about 1 m by 2100 will have the most significant effect on the area in the long term. The land area of Fisherman’s Wharf will be significantly smaller in the future due to a very flat relief of the landscape (Geo BC, 2016) and the wharf may have to be given up. A return to a more natural shoreline seems possible. Maybe the park will be expanded to embed a restored shoreline. Significant changes to the shoreline could be necessary to protect the roads from inundation.