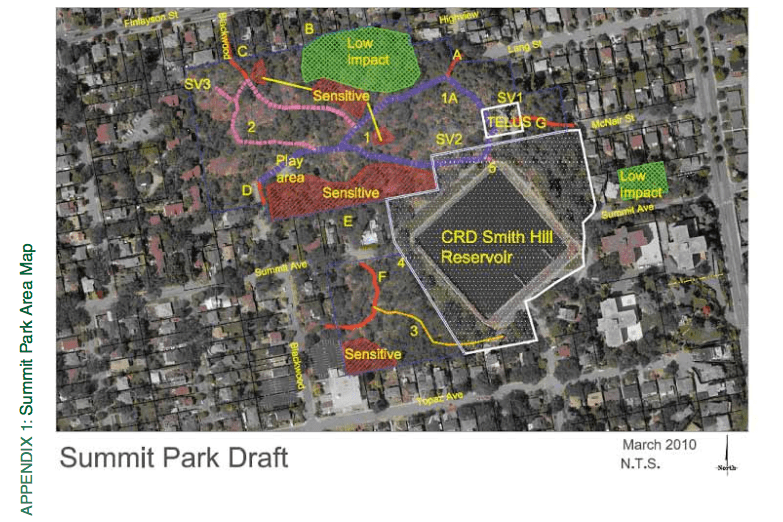 Figure 3: Summit Park Map (Summit Park Management Plan, 2011). Retrieved from: http://www.victoria.ca/assets/Departments/Parks~Rec~Culture/Parks/Documents/SummitPark_Plan_web.pdf#search="summit+park"
Socio-ecological characterization
Summit Park is home to one of the remaining Garry Oak (Quercus garryana) ecosystems in the City of Victoria. The Friends of Summit Park completed an informal survey of the area where they were able to identify 80 species of vascular plants, 40 of which were native to the ecosystem however, it should be known that the location, numbers, and cover of these species were not recorded (City of Victoria, 2011). The City of Victoria’s Summit Park Management Plan (2011) states there is a presence of the protected species yellow montane violet (Viola praemorsa), and elegant rein orchid (Pipera elegans) (a flora recently de-listed as a protected species in the park). They also listed invasive species present in the habitat such as periwinkle (Vinca minor), Himalayan blackberry (Rubus armeniacus), English ivy (Hedera helix), and garlic mustard (Alliaria petiolata).  The plan did not note any insects or fauna in the park, but did state the need for a complete bio-inventory of the area to be done.

Currently, Summit Park is used for public enjoyment and light recreational activates such as walking, or playing in the children’s area. In the not so distant past, there were a few plans for development in the 90’s that caused controversy between the proponents, and those who saw the park as a sensitive area that should not be disturbed. In May of 1994, there was talk of the unused reservoir to be drained and converted into a tennis-club (Times Colonist. May 20, 1994). The club proposed to sell up to 500 memberships to the facility that was to be built in the drained tank, which caused residents, who were already upset over the lack of consultation in the area, to become worried over the increased amount of visitors to the park if the club were to go through (Times Colonist. May 7, 1994). Eventually, the proposal was turned down over the concern about the risks involved to the habitat in the area (Times Colonist. February 22, 1996).

A second development to the area was a proposal for three city-owned lots on the eastern slope of the park to be a site for a townhome complex (Times Colonist. February 22, 1996). This proposal, once again created conflict with residents in the area. Linda Grimm, who lived in the area, had a shared concern with other residents over the loss of habitat for local birds in the area such as wrens, bush tits, towhees, and warblers, and she suggested the site be used for a path to an outlook area with a bench for the public to enjoy (Times Colonist. February 22, 1996).

One of the most current property issues is what to do with the Smith Hill Reservoir, which is owned by the CRD, as locals would like to see it remediated and converted into a Garry oak ecosystem, with a water feature for the birds that currently inhabit the site (City of Victoria, 2011).   The Summit Park Management Plan (2011), stated that the reservoir should be rezoned to consider restrictions of usage similar to wildlife sanctuaries and wildlife parks. The plan also stated that the city should consider purchasing back land that was sold to Telus to restore as much of the area as they could around the tower that is still in use.

This small pocket of Garry oak ecosystem has survived the development of neighborhoods around it, the building of the reservoir, and the placement of Telus cellular tower.  There is a presence of camas (Camassia), yellow montane violet (Viola praemorsa),, and other native species that devotees of the park feel should be protected and managed to preserve the biodiversity and beauty of the landscape.
Future trajectory
As discussed in the previous section, The City of Victoria proposed future changes to improve the park in the Summit Park Restoration Plan (2011), which would see the Smith Hill Reservoir remediated and transformed to expand the existing Garry oak ecosystem while also including a water feature for the birds that currently use the reservoir as a habitat. This plan also stated there were intentions to purchase land back from Telus where the Telus cellular tower is located to restore the as much of the ecosystem around it as possible. The Summit Park Management Plan (2011) suggested that the reservoir should be rezoned to a new zone, which should consider restrictions of usage similar to wildlife sanctuaries and wildlife parks.

Considering that historically, the Songhees peoples maintained and used the area to cultivate camas (Camassa) (City of Victoria, 2011), working with the local Indigenous peoples to re-introduce fire management tactics to the landscape more frequently could be a possibility in the future. Although the Summit Park Management Plan (2011) states the City of Victoria uses controlled burns in the area every few years, they also state that the use of fire to promote wildflower productivity and restoring habitat should be done, but mentioned they would need a detailed plan in order to implement this strategy.

Although Summit Park is at risk from attack by invasive species and pathogens, which are aided by increased climate change, there is hope that this site can be used for education on Garry oak ecosystems and hope that residents of the City of Victoria urge stakeholders for increased protection. They should also hold the city accountable for restoration, which returns the area to its original condition, and the possible remediation, which removes human-made structures to reduce further harm, for sections of the park. This place can be a great tool for children and residents of the city to become educated on traditional ecological knowledge from Indigenous peoples whose ancestors managed the site using fire to cultivate camas (Camassia) (MacDougall et al., 2004) . Increased protection, a detailed management plan, and consistent monitoring of Summit Park could allow survival for future generations to learn about Garry oak ecosystems, and allow more opportunities to enjoy and engage with nature.